As in other industries, there are awards in the biomass industry for special achievements and successes that have further developed the use of biomass. These are often awarded at major conferences on the topics of bioenergy, biomaterials and biochemicals. Three biofuels awards will be presented in Amsterdam in October and the entry deadline for participation has recently opened. Who won the awards last year and which companies have chances to receive one of the awards this year? Which German biofuel manufacturers should participate?

Of course, you can also be critical of trophies and prizes. It is often difficult to compare several good performances if there are no clearly measurable criteria, such as in competitive sports. Nevertheless, awards are important and can indicate trends, strengthen company identifications, secure attention or simply bring a trace of gloria and festivity to an industry.

In the course of Conference "Biofuels 2011" in Amsterdam, which takes place for the 6th time from October 11-13, the Biofuels Awards will also be presented (October 12). The Biofuel Awards honor internationally active companies in the industry and are awarded in 3 categories. Last year's winners show which are:

Novozymes in particular can be described as a star in the industry and is at the forefront with its innovative enzyme technology when it comes to overcoming obstacles in the manufacture of Next generation biofuels goes.

Possible winners in 2011 and companies in the Biofuels Digest Ranking

Who can calculate the chances of winning one of the awards this year?

When a company signs up for the Biofuels Awards sign up (!), in principle any company can be chosen as the winner of the biofuel award.

A good yardstick for a company's chances of receiving one of the prizes is the current rank within the Biofuels Digest Ranking. The most visited blog on biofuels worldwide selects the 50 hottest bioenergy companies each year. Here is the link to the current Biofuel Digest Ranking of the hottest companies 2010-2011. 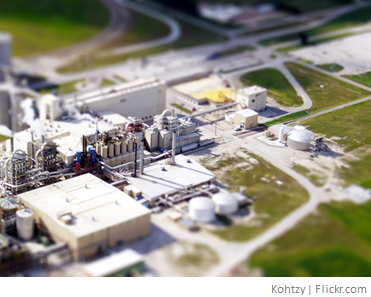 Of course, it would be nice if a biofuel representative from Germany received one of the awards. Although Germany is significantly smaller compared to partners such as the USA and the biofuels industry can still develop well, some companies in Germany have also shown great innovative strength and made contributions to the further development of biofuels. The political and social conditions in the past year were not exactly easy (see article Introduction of bioethanol E10).

Here is my overview of companies in the biofuels industry in Germany that have a chance at one of the Biofuels Awards 2011 this year.

The member page of the Association of the German Biofuel Industry (VDB) gives one good overview to other companies that are active in the production and sale of biofuels.

I wish all companies participating in the Biofuels Awards every success and I am excited to see who this year's winners will be and for what achievement they will be honored. The participation period ends on September 2nd, 2011.

Which company do you think should register to participate this year? Who wins it