The Federal Government's FMD 2013 (mobility and fuel strategy) has long been expected by many bioenergy players. After all, it is one of the most important and promising sales markets for the Bioenergy: the fuel market. After a year, the Federal Cabinet decided on June 12th the strategy paper, which was developed by 300 actors in 20 working meetings. Contents of the MKS 2013 regarding bioenergy and reactions of the branch are presented in this article.

The recurring story of David and Goliath

First a few words about the starting situation for all readers who are not very involved in the biofuels debate.

Liquid bioenergy sources in particular are plagued by their severely tarnished image (keywords: World hunger, Palm oil, ILUC) and the direct comparison simply lacks the resources (money, personnel, experience) to prevail against the less squeamish and well-equipped competition. That alone Anti-agro fuel campaign on Twitter is huge. There is at least 10 tweets on a pro-biofuels tweet, which make your blood freeze in your veins as a bioenergy enthusiast. Here are some one-sided and less constructive examples that have been published in the last 3 days alone.

Many very one-sided tweets that only target the emotions of readers who deal superficially with the topics of the energy transition, climate protection and bioenergy. All arguments nice and simple and with little depth!

The opponents of bioenergy are organized impressively and the campaigns are scary well funded. A solution-oriented debate between critics and supporters is difficult with such creepy approaches.

But now STOP, because this article is primarily about the FMD 2013 and not about the deeper reasons why bioenergy is currently having such a difficult time in the fuel market. Finally, an inviting sentence, which one bravely trained as a supporter of bioenergy with the desire for a constructive debate: Criticism of bioenergy is important and necessary!

But see such tweets as constructive Criticism? 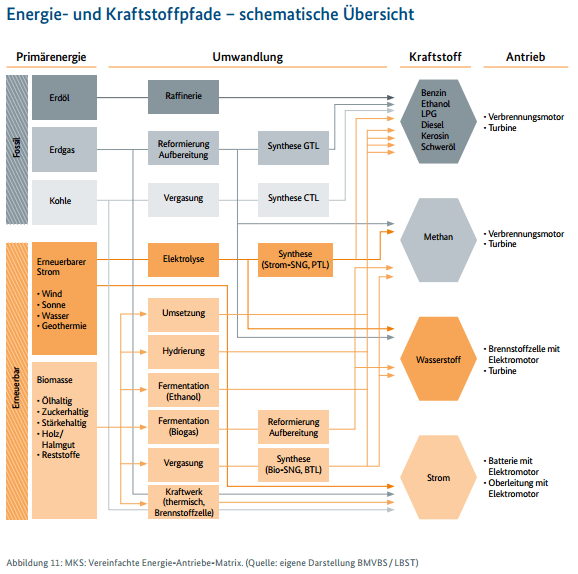 Now for the current development in the transport sector, which the bioenergy sector has long expected: the mobility and fuel strategy 2013. Here are some facts that illustrate this BMVBS in the decision of the FMD has taken into account.

All the facts mentioned suggest that the commitment to climate protection and alternative fuels in the transport sector is worthwhile. But as befits a ministry, the strategy is expressed more diplomatically, and there is room for every promising technology. This is how the Federal Minister of Transport formulated the 2013 FMD:

“Our strategy is open to technology. It takes into account all alternative technologies and energy sources. There is no one solution, but there is one question: How can we enable affordable, clean and safe mobility for people and the economy in the future? "
dr Peter RamsauerFederal Minister of Transport, Transport and Urban Development

For the use of liquid biofuels, the mobility and fuel strategy primarily sees two interesting and some alternative without Fields of application.

For aviation, it is recommended to work with industryNational development plan for sustainable and alternative aviation fuels to work out. It could be implemented as part of a “10.000 t bio-kerosene” program. in the Aviation is biofuels currently the only alternative to fossil fuel.

A continuous switch from heavy oil to diesel is also planned for shipping. The Biodiesel branch has been considering whether to concentrate more on shipping. More on the use of Biofuels in aviation and shipping find out in Roland Schnell's article.

Vegetable oil-based biofuels have been hit hardest in recent years. As a way out of the crisis, the industry is using its bio fuel Agricultural vehicle fleets and forestry. However, this initiative is based on concepts from the vegetable oil industry itself rather than on federal policy incentive programs. 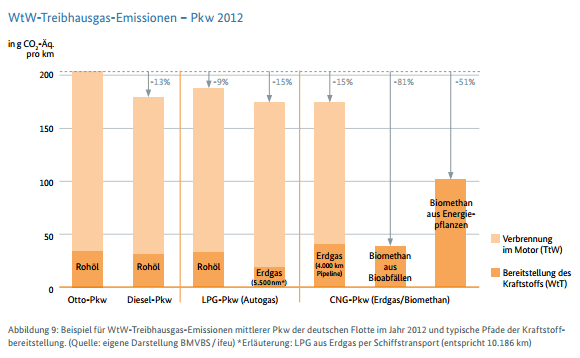 Excerpt MKS 2013 (page 69): Gas vehicles in particular show a low greenhouse gas balance across the entire chain when biomethane from waste materials is used. The Federal Government welcomes the goal of the industry to increase the proportion of renewable methane (especially from residues) in natural gas fuel to an average of at least 20 percent by 2020. The statutory funding instruments provide a good framework for achieving this goal. Against this background, it should be checked whether and, if so, which measures can be taken so that the existing range of biomethane can be supplemented by biomethane produced abroad.

Here you can find more information about the Federal government targets for biomethane feed-in into the natural gas network by 2020.

The complete MKS 2013 of the federal government

Reactions from bioenergy associations to the FMD 2013

The bioenergy associations have not reacted euphorically to the federal government's mobility and fuel strategy, but for the most part they have responded positively. Depending on their focus, the associations see new opportunities for the further development of gaseous and liquid bioenergy in Germany.

The Biogasrat + sees the FMD process itself as entirely positive. "The dialog concept gave each stakeholder the opportunity to present his position and to support it in an argumentative manner." As a result, almost everyone involved saw the great potential of biomethane as a fuel have recognized. Last year it also became clear that the politicians are setting the course, but that the design should be left deliberately to the market players.

Statement by the Biogas Association on the MKS 2013

Further information on the promotion of bio natural gas in the transport sector can be found in the article on Natural gas mobility initiative.

Bioenergy conclusion on the mobility and fuel strategy 2013

The golden age of renewable energy sources in the fuel market doesn't really seem to have come yet. Fossil fuel prices and climate change don't seem to be enough of a burden on fuel market customers. With regard to the second point in particular, many consumers often lack the awareness of the importance of a holistic energy transition, which affects not only the electricity market, but also the fuel market and the heating market. A lot of educational work is still necessary here.

And given the current image of biofuels, it is not surprising that Politicians on bioenergy to express cautiously. Perhaps the bioenergy industry can even be grateful for this FMD. The MFS could have hit the industry harder. At least one was spared this further setback! In very positive terms, the strategy paper can even be interpreted as a welcome turning point in political support for bioenergy in the fuel market. Biomethane at least seems to have established itself as a biofuel with the MFS 2013 at the latest and is no longer only mentioned in a subordinate clause.

As the most important lesson, I learn from the strategy that has been decided that biofuels should concentrate more on submarkets in the transport sector (aviation, shipping). In these less competitive markets, market acceptance seems easier to achieve. In addition, manufacturers of bio-fuel in Germany do nothing wrong if they give high priority to reducing their product's greenhouse gas emissions.

What do you think about the adopted mobility and climate strategy?