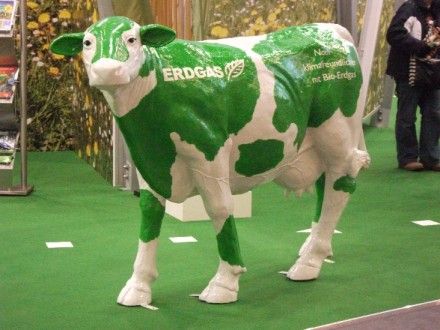 . Anyone who has ever been to Green Week will remember the numerous halls filled with stands and booths, half of which constantly put the visitor to the test and try to tempt them with culinary delicacies. It's almost like stumbling from one national kitchen straight to the next in 7-mile boots without having time to digest. What sounds like a devilish kind of torture is an exciting experience on site, in which the general festival atmosphere prevails in the evening against the professional business goings-on. 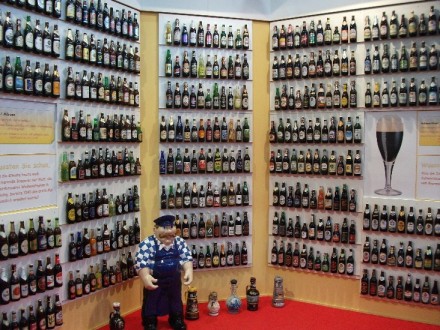 Despite the numerous maps that are spread all over the Green Week labyrinth, you need some hiking experience until you have an overview and you can move skillfully between the stalls with delicacies and the specialist booths with knowledge and news.

Today I would like to report excerpts from some of the conversations I had at the third largest trade fair in Germany. From the perspective of biomass use, I will mainly deal with the conversations at the specialist stands of "NatureTec", the hall for renewable raw materials, and thus share some experiences and opinions with you that are currently represented by employees in the area.

1. Interview with Maren Bengs - member of the development team for the bioplastics database

It was a nice surprise that I met Ms. Bengs, who has been working on the digital bioplastics database for several years, which I happen to be using on that day of my trade fair visit an article (link) have written.

It turned out that the database is the largest collection in the world currently available for bioplastics (and plastics in general) and that the appearance of the bioplastics segment has caused a sensation in the professional world. Immediately after the first official announcement of the database at the European Bioplastics Conference in November last year, the telephone wires at the Hanover University of Applied Sciences got hot.

In the experience of Ms. Bengs, some manufacturers of bioplastics would even like to wait before forwarding further products to the database, since excessive demand can easily exceed current production capacities.

When I talked to Ms. Bengs, I also learned how much effort it takes to collect, structure and digitize the data and maintain the database, and that people are looking for ways to continue to offer the service free of charge.

The current status is that the funding will expire from the federal government and a further financing concept is being considered. The goal is still to be able to offer a database for plastics, which has the needs of the industry in mind and supports, but at the same time can offer independent and comparable quality criteria for bioplastics. If you as a reader have financing ideas for this useful tool within an emerging future market, please write to me and I will get in touch with Ms. Bengs.

We also went through the points of criticism or development potential for the database that I noticed during my test and which I discussed in the article. It turned out that the chemical formulas of the individual plastics are actually kept as trade secrets by the manufacturers and therefore cannot appear in the database. The fact that the function of directly comparing two plastics did not work in my test run has to do with the fact that only a few plastics are suitable and prepared for this function. These have to be activated with a click of the mouse and it worked on my second attempt. 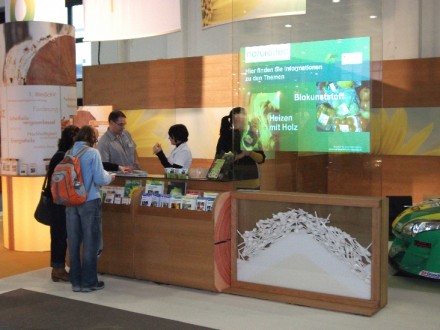 Photo: Stand of the specialist agency for renewable raw materials

2. Interview with a process engineer in the field of plastics processing

What I took from a conversation with a process engineer at the booth of the specialist agency for renewable raw materials (FnR) is that there is currently no significant difference between bioplastics and classic plastics at the process engineering level: both starting forms are just as flexible in shape and color to use.

The technique for producing molded parts using the injection molding process works just as easily with the petroleum-based granules as with those based on vegetable oil or starch. The working principle of an injection molding machine could be examined at the fair and it was set up in such a way that it could produce a small brooch in different colors from a few grams of bioplastic granulate in 15 seconds.

The horse's foot of bioplastics continues to be the economic component. The production costs of the granulate for “the newcomers” in the plastic family are about 3-4 as high as for the classics made from black gold.

3. Interview with a representative of the BDBe

During an informative discussion at the booth of the Federal Association of the German Bioethanol Industry eV, I learned above all about the opportunities of the new E10 fuel and the very different handling of biofuels worldwide.

It is no surprise that Brazil is a pioneer in biofuels and that a large part of its fleet is fueled with high-proof ethanol. Large areas with sugar cane and older cars with less electronics make it easier to use this fuel sensibly.

I didn't know until now that the ADAC, as an important representative of motorists, had campaigned against the wider spread of bioethanol. Its statements that bioethanol primarily corrodes the lines of the engine and the conclusions drawn from it are somewhat exaggerated in the eyes of the BDBe.

The fuel E10 with 10% bioethanol is expected to come onto the market in Germany this year and possibly bring the petrol pump at the petrol stations (for regular petrol) that is released back to work. In France, E10 has been sold nationwide since the beginning of last year.

4. Interview with the INKA BB network

Of course, as a Berliner, I was particularly pleased with the appearance of the Brandenburg Climate Adaptation Innovation Network (INKA BB). I will deal with this network and the conversation with a representative at the stand at the Green Week in more detail in one of the next articles.

5. Interview with a scientist from the Jülich research network

Forschungszentrum Jülich has set up one of the most complex and exciting stands. Many interactive elements and innovative technologies provide an outlook on future processes in crop production. One of my personal favorite topics, the use of algae, was presented with a replica bioreactor for algae breeding. 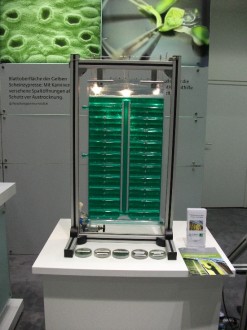 In a conversation with a scientist, I found out more about the high variability of heat radiation from different plants. He carried out experiments with a thermal camera in order to precisely observe the heat radiation on the surface of a tobacco plant and to investigate the influence of various starting conditions on the heat balance. One of the first results showed that the water balance of the soil has a major influence on the amount of heat radiated. However, the speed of plant growth has not yet been clearly attributed to the surface temperature of the leaves.

6. Appearance of the promotional society for sustainable agriculture

Since I had already reported on the FNL in the run-up to the Green Week (Link to the article) and I approached the announced “Adventure Farm” with high expectations, I would like to say that I was very impressed by the stand and that I would declare it to be the most optically complex stand at NatureTec. Eyes, ears and nose were all addressed equally. A big compliment for the stand. The following photo provides an impression. 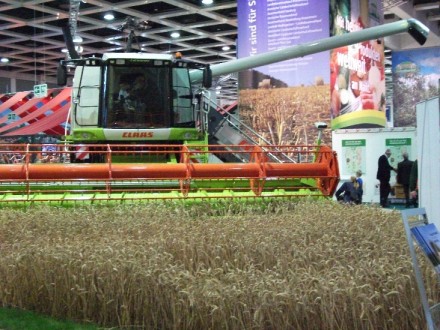 7. Fast growing woods from the P&P group of companies

The appearance of this company inspired me for a small project. The starting material is this small cutting of a poplar (see photo) and I will try to spice it up so that it at least shows leaf shoots. I will only raise them in the city apartment and share my experiences with the fast-growing wood on this page. 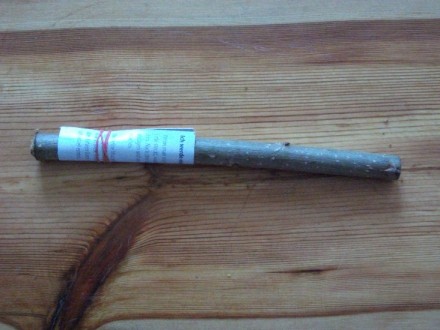 400.000 visitors in 9 days with an average of 105 euros spent speak for themselves. It would be interesting to know which halls and topics were particularly well received by the visitors. Perhaps the surveys carried out will be made available to the public on site.

For me personally it was very interesting and it was a lot of fun to hear such different approaches and visions of the future. I look forward to your experience reports on Green Week.

Finally, I would like to thank all of the interview partners for the exciting insight into their field and the numerous inspirations.