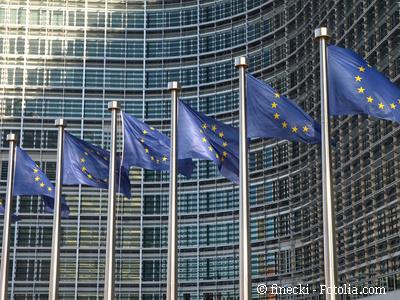 Can the lack of a decision within the ILUC debate at EU level be seen as a first success for the industry?

In my opinion, this result is a first positive signal for the European biofuels that one does not want to simply wave through the topic of the ILUC factor and that one takes the criticism of the industry very seriously. The background: At the meeting of EU commissioners held at the beginning of last week, the further handling of indirect land use changes in biofuels should be discussed. There was no final result.
What were the reasons for postponing the decision on the sustainability debate on biofuels, which can have an existential impact, especially for European biodiesel?

Controversial handling of ILUC concept for biofuels by EU commissioners

After everything that has reached the public, the majority of the 27 EU Commissioners (overview) against the further tightening of sustainability standards in the sustainability debate on biofuels. The IFPRI study from September 2009, which is the basis for the debate, was too theoretical in many respects and also contained numerous inaccuracies. The majority of EU commissioners therefore reject a drastic tightening of the carbon footprint using an ILUC factor.

Nevertheless, the topic of indirect land use changes in the further use of biofuels should be given greater consideration. The crucial question, however, is "how"? In particular, the EU Department of Energy and the departments for climate protection (climate action) and that for the environment met at the meeting of the EU Commissioners and represented different views on how to deal with the ILUC conflict.

The EU Commission now has to decide how the effects of indirect land use change (ILUC) through the cultivation of biomass for biofuel production should be priced into the climate balance for bioethanol & co.

What is ILUC and how does the ILUC factor work?

Indirect land use change (ILUC) is used when the additional cultivation of energy crops (rapeseed, palm oil, etc.) leads to a general increase in the required arable land and land has to be broken up elsewhere and incorporated into agricultural production. Indirectly, because it is assumed that for the cultivation of energy crops not only ecologically valuable areas (rainforest, bogs, wetlands, etc.) are directly converted, but also indirect shifts occur.

However, the direct land use changes of rainforests or peat bogs are already prohibited for the cultivation of energy crops and the production of biofuels in Europe, and an ILUC factor is also used to include the indirectly occurring changes in land use in the carbon footprint of biofuels.

The current discussion on the ILUC factor provides that a blanket value X, the ILUC factor, is added to the previous emissions balance of each biofuel. As the diagram shows, the absolute amount of CO2 released per reference unit (e.g. MJ of used biofuel or mileage) is significantly deteriorated by the use of an ILUC factor and leads to the majority of all biofuels used today missing the prescribed emission reduction targets from 2017 (minus 50 percent) or at the latest from 2018 (minus 60 percent).

Successful overcoming ILUC threat is not yet a decision not to be made for the European biofuels industry, which is estimated at 13 billion euros and will secure numerous jobs, but the current interim situation should at least provide some relief for the companies and workers concerned. Since the publication of the IFPRI study, there has been concern that the biodiesel industry in Europe will be completely destroyed by the introduction of the ILUC factor. Biodiesel forms the vast majority of Europe's current biofuel supply.

Just 5 years ago, biofuels were hailed as the greatest hope and a major contribution to climate protection in the transport sector. A lot of money was put in hand and invested in numerous plants for the production of bioethanol and biodiesel in Europe. The IFRPI study and the possibly resulting ILUC factor threaten the coffin nail for an entire industry.

High sustainability standards for biofuels must be ensured, which nobody seriously contests! When learning from mistakes made (land use), one must not forget that the production of biofuels is already subject to the toughest sustainability criteria for all agricultural and forestry production worldwide. In my opinion, an excessive political clearcut with the help of an ILUC factor does much more harm than it does Europe. That is why I think it is very far-sighted and sensible that the EU Commission takes longer than originally planned to decide on the ILUC factor.

I believe that harmonizing climate protection and environmental protection is one of the key issues in the current climate and energy debate. Making the achievement of both goals economically and socially acceptable is a challenge that has far-reaching effects.

Europe and especially Germany are one of the most active forces worldwide in terms of climate protection and environmental protection and are comparatively committed to both ideals. The sustainability concepts for biofuels developed in the EU are therefore also role models for the further development of the industry worldwide. I find it very gratifying that we are not taking this political responsibility lightly and I hope that we will achieve an ecologically, socially and economically sustainable solution (sustainability triad) of the ILUC conflict.