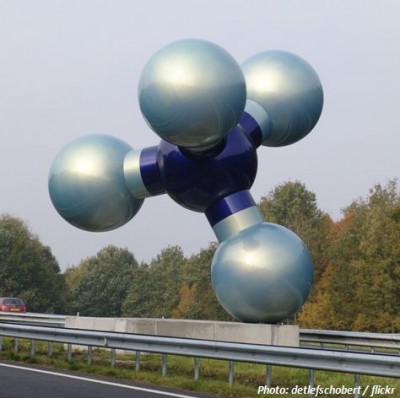 Process engineering has now developed so well that biogas can be converted into biomethane (natural gas) with relative ease. The separation of the carbon dioxide and sulfur content gives the biogas a purity which theoretically enables it to be fed into the natural gas network. The large-scale implementation of this project in practice still faces minor problems that are being worked on to eliminate.

With this new situation in biomethane production, the operator of a biogas plant has another opportunity. The biogas obtained can either be in one place CHP electricity and the EEG remuneration (LINK) can be obtained or the gas can be processed and then fed into the natural gas network, for which equivalent remuneration flat rates are paid.

The special thing about bioenergy compared to the regenerative forms of wind energy, direct solar energy or geothermal energy is theirs Storability. With the production of biomethane this advantage is extended and bioenergy can without the usual transmission losses for electricity and heat, they can be transported very flexibly as an energetic raw material. Until now, the use of fresh biomass has the economic disadvantage that a large part of the water has to be transported.

By accessing the natural gas network, biomethane opens up new markets for bioenergy.

One of the main problems right now is that Establishment of an infrastructure, which is necessary for large-scale feeding of biomethane into the natural gas network. An advantage of bioenergy plants is their decentralized structure in the form of many small plants (up to 500 kW). The investment cost for laying one Gas pipeline from the biogas plant to the natural gas network is not to be underestimated and is only worthwhile from a plant size over 1 MW.

The second aspect to consider is the possible increase in the price of natural gas. By supporting the biomethane expansion with the help of a renewable gas feed-in law (EGE, see next section) and mixing with the classic natural gas, the Natural gas price rise slightly. This development of costs would be passed on to the end consumer, which would distort competition between the energy sources of oil and natural gas. Politicians have to decide how strong the effects on the gas market will actually be and whether these influences can be tolerated given the relatively small feed-in quantities.

The Renewable Energy Sources Act On the whole, (EEG) is seen by many experts as a success and as a suitable measure for the introduction of renewable energies. There are other opinions, but the rapid adoption of such a law by other countries worldwide speaks at least for the lack of an even better alternative.

In the same form is currently considered, a Renewable gas feed-in law (EGE), which guarantees the grid connection and the biomethane purchase for the plant constructor at a fixed price. The necessity and possible effects of an EGE are not undisputed among experts and are hotly debated.

Some representatives (Biogas Association, Freising) see the introduction of an EGE as the best way to advance the development of biomethane, others (Biogasrat, Berlin) fear that another law will result in excessive administrative burdens, which could be a deterrent to investors or they might see them in this form of subsidization, it threatens the competitiveness of technology in the medium term.

Which strategy you choose depends primarily on your individual point of view and whether the long-term success of biomethane technology or rather the medium-term operational efficiency of the plants are in the foreground for someone.

At the moment there are approx. 20 plants availablewho feed biomethane. A further 30 plants are under construction. For example, Verbio AG plans its existing one Bioethanol plant in Schwedt to expand and ferment the resulting biomass waste, process it and feed it into the natural gas network as biomethane.

The use of biomethane offers an energy industry another form of energy that can be stored, obtained independently and can be distributed very flexibly and in an energy-efficient manner. For an economy like the FRG, with one of the highest security of supply in the electricity sector worldwide, this is a useful addition.

8 comments on “Obstacles and solutions to the integration of biomethane”