We experience political debates for the most part via the news that the colorful media jungle offers us. Market and industry developments, as well as scientific discoveries on bioenergy are served to us by the varied media landscape in a way that is appropriate for the reception. After all, there is a lot to report and the world is developing 24/7 at such a rapid pace that you sometimes feel like you are on a roller coaster that knows no break. And there are specialist articles on a topic (e.g. energy transition, EEG, Energy crops etc.) or an industry (Biofuels, biogas, Wood energy etc.) just the tip of a news iceberg gliding through a vast ocean of ping-pong playing information. Fortunately, as a captain of your own rowboat, you can freely decide which oases of information to head for more often. 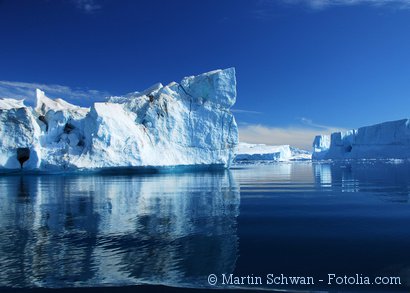 The unspoken deal when gathering information about articles (texts!) Is that you are ready to dive into the world of terms and keywords, with all chances of gaining knowledge and the risk of misunderstandings or the incompleteness of the resulting images. German is easy, but only if you are a master of grammar, spelling, logic, semantics, semiotics, etc. And who can say that about themselves? At least not me, as I flashed in top form in some articles.

Talking is silver and silence is gold is a phrase that especially presents journalists and bloggers with a difficult dilemma. Coming from the other side of the coin motivates us Ludwig Wittgenstein to deal more closely with one's own language and expression. Wittgenstein was convinced that "The limits of our language are the limits of our world.“Whether, when and what one decides to talk or to remain silent is the freedom and responsibility of each individual. Wittgenstein puts it even more consistently: What can be said at all can be said clearly; and what you can't talk about, you have to be silent about it.

I want to read and write about bioenergy! In the current phase of this renewable energy source, this is not very edifying, but I am optimistic that it will change again.

Here is a small overview of more or less hidden information islands, which I regularly visit to recommend bioenergy and to stay informed about the energy transition in Germany:

Above all, much too much and at the same time far too little has been said and written about liquid bioenergy in recent years. In my opinion, the biofuels industry is a prime example of the cul-de-sac into which a largely superficial debate that juggles the same arguments can lead us. In several bio-fuel articles on the Tank-or-plate debate, the violent Criticism of palm oil cultivation, the Introduction of E10 or considering indirect land use change (ILUC) I have observed the one-sided use of biomass as an energy source. The overview of these most discussed biofuel topics in recent years shows that the public debate in the media focuses on the risks and criticism of bioethanol and biodiesel. The technological and ecological advances that the industry has developed in response to criticism have unfortunately only rarely been recognized in recent years. 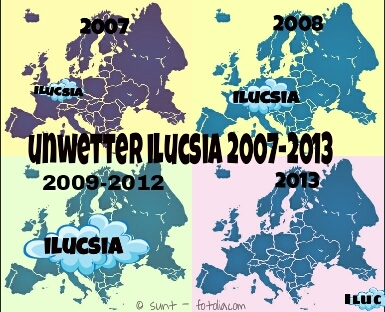 I have the feeling that the exaggerating and generalizing bio-fuel arguments that we are currently discussing in public almost prohibit giving the debate at least slight impulses in a somewhat more constructive direction without being branded as immoral. I am convinced that whoever spends the time to delve deeper into the bioenergy debate will also be surprised by many bright arguments.

The almost complete masking of the potential of biofuels and the generalization of the darkest biofuels (Biodiesel from palm oil) on all biofuels has for years prevented us from pushing ahead with the development of the bioenergy industry, which we would probably largely support. Or do you have a problem with the biofuels out Algen, Wood or organic waste be won? We should put something on our feet to emancipate from petroleum. And relying on renewable biomass is one of the most promising approaches.

The entire Energy transition has meanwhile become more of a battlefieldinstead of on a topic that is discussed constructively in public. On Bioenergy events I mostly meet actors who want to constructively discuss solutions across their industry boundaries. In the country's media with the highest circulation, however, it is mainly about the Problems of the energy transition (Network expansion, EEG surcharge, Cheap imports of technologies) and less about the solution scenarios (Ministry of Energy, Sustainability certification, Electricity trading etc.) reported.

Fortunately, this has been slowly changing again for a few months now, and the media's view of bioenergy is also becoming somewhat more colorful. A welcome occasion for a short 3-minute party in between (thanks for the rocking soundtrack The doctors "Hurray"). 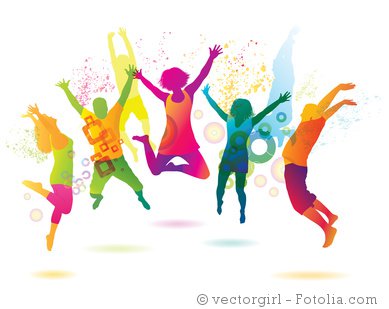 What is left of the dream of bioenergy that has fueled the euphoric initial phase of this non-fossil and regenerative energy source? Where should she go? Bioenergy journey go? Apart from some progress (Bioenergy as control energy) The path of the past few years has led to a dead end many players in the bioenergy industry agree. However, someone should point out the bright side of bioenergy and contrast the dominant dark arguments with a well-deserved opposite pole.

All previous experience shows that the high-circulation and opinion-forming media see this as their task only to a very limited extent. Unfortunately. The figure of speech Bad news is good news is like a spoken curse that makes its way around the media industry with relish. News of positive developments has made it much harder to get enough attention to make the leap into broader opinion-making. That is why there are so few reports of comparatively less intense but positive events. Why is it so rare to read about the following developments:

I understand every journalist who writes about one topic today and another topic within his department tomorrow and who does not have time for in-depth research on the topic of bioenergy in view of the upcoming editorial deadline. But in my opinion you don't have to dig through the euphoric origins of bioenergy to be able to write something bright about this important form of energy. A quick interview with a satisfied plant operator or a query from one of the bioenergy associations is quick and easy.

In my opinion, the comparatively young bioenergy industry has cooperatively and with the means at its disposal to fight the effects of the stressful scapegoat image. Admittedly, especially in the area of ​​public relations, something could have happened more and faster, but theoretically it always can.

The campaigns "Biomethane is bio-natural gas" by Biogasrat + eV and the Biogas tour of the Fachverband Biogas eV show that the gaseous bioenergy sector in particular takes its responsibility very seriously and promotes its biogenic energy sources to energy consumers. Sometimes with great success, which can be seen from the fact that the decentralized extraction of biogas and biomethane is largely recognized. Gaseous bioenergy also has its difficulties, particularly in the regions where the biogas plants are located, but the image of this biogenic energy source is balanced.

Especially the associations of gaseous and solid bioenergy advertise their energy product. With liquid bioenergy, I have to admit that unfortunately I can't think of an association campaign that has campaigned for the hearts and interests of drivers. Only Verbio AG has one Bio-fuel campaign launched their bioenergy product for the fuel market verbiogas to apply. However, this was limited to Leipzig. And a Campaign by fossil energy carrier colleague natural gas On the fringes, is also committed to promoting renewable bio-natural gas. I haven't seen a real pro-biofuel campaign so far. To be fair, however, it must also be mentioned that no other bioenergy sector was under such massive political pressure and engaged in its own struggle for survival as the biofuel sector. The economic actors as the economic beneficiaries of bioenergy can become much more active in public relations! From what I've heard, however, a biofuel campaign (“moving biofuels”) is currently being worked on.

Someone has to point out that, as strange as it sounds at first, Bio fuel increasingly as a role model for sustainability applies. At least that's how it is seen in the ranks of the EU Commission and wants to extend the standards for sustainable biofuel production to gaseous and solid bioenergy sources, and in the medium term to all other biomass usage paths. The Commission has had a draft for implementing this biomass policy since 2012.