Many thanks to Berhard Ahlers for this exciting article, which shows the two most important alternatives for an energy transition in Fuel market examined.

The energy transition and renewable energy have become an integral part of our worldview. The share of renewable electricity generation exceeded the 20 percent mark last year and is being expanded further.

Have we ever questioned these theses? Is the electric car really that environmentally friendly today? Are oil imports or our dependence on them reduced? If we look at the facts, we quickly come to a completely different picture. 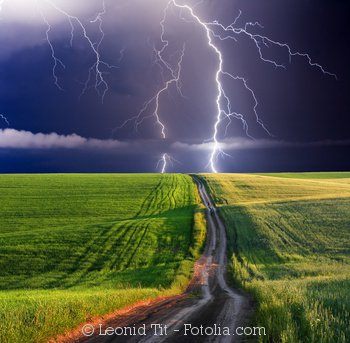 By 2020, one million electric cars and 150.000 charging stations, which will cost taxpayers another 2 billion, should enrich the streetscape. 53 million vehicles that burn more energy (700 TWh) than all German power plants combined (617 TWh) are currently registered in Germany.

Even if the targets set for 1 million electric cars by 2020 and 5 million in 2030 should be achieved, 50 million vehicles that rely on fossil fuels still remain on German roads. Coal-fired power plants still generate the most electricity, others are under construction or will be connected to the grid at short notice. The proportion of CO2 in the electricity mix has risen to a ten-year high. A reduction in CO2 emissions for the environment and a reduction in oil dependency will still be needed for decades despite e-mobility.

The crude oil price journey is very uncertain, but certainly upwards. Over the past 15 years the oil price increased tenfold. The huge energy hunger in China and India and the skyrocketing energy consumption of the major oil producing countries make an oil price of US $ 200 and more per barrel more than likely. In addition, Germany's oil supply is anything but secure. Unlike gas and electricity, the crude oil and fuel market is not controlled by German companies, but only by foreign companies.

Of all the allegations that biofuels have been blamed for years, whether as food price drivers, as Cause of hunger in the world, as Rainforest destroyeror as an engine killer, has not come true to this day. How can an enlightened society complain of global hunger while throwing away over 2,3 billion tons of food (1), a lot more than five times to satisfy the hunger of 850 million people. How can we pillory the deforestation of rainforests and at the same time stock up on teak furniture in the hardware store? With the low food prices, we forget that we pay for the food twice: once at the cash register, a second time with our taxes. Every year, OECD countries send over 180 billion US dollars to our farmers to ensure their survival. The EU-27 alone has to raise 80 billion a year to secure "cheap food". And how many engines have been knocked out by E10 in the past 2 ½ years? No one!

It is time to not only focus on an era "after 2050", but we have to think about how we can make our immediate future of mobility more environmentally friendly.

Biofuels can and must play an important role. Biofuel processes have long been available (2) that are not only cheaper and more environmentally friendly than fossil fuels, but also have a positive effect on food production. A fraction of the money we spend today on mobility after 2050 would be enough to secure an affordable and environmentally friendly fuel supply, including the infrastructure. We just have to get rid of the influence of the oil companies on politics and their populist “anti-biofuel campaign”.

In another article Bernhard Ahlers goes into the history of Bioethanol in Germany .

5 comments on “Do we still need bio fuel if we rely on electromobility?”