Biofuel is not just for the representative of Bioenergy community who is for the Energy transition in the fuel market committed, but at the same time also for the most criticized renewable energy source. In the past 3 years, regular shitstorm volleys have hit the proponents of biofuels, which have led the industry to the fundamental questions of their own right to exist. The forced catharsis and preoccupation with one's own dark side has changed the bio-fuel industry forever. I am pleased that after a long time I can finally report on bio-fuel as an advertised role model. Thanks to political, technical and legal developments, bio-fuel is becoming a role model for sustainability within energy and agriculture. How did this development come about? Let us look back a few years when criticism and the media shit storm about bio-fuel slowly built up ...

The holy grail of sustainability

It is the year 2007. The awareness of the need for climate protection measures and the growing awareness of the finite nature of oil have led to rapid success within the bio-fuel industry. The climate protection and the resulting energy transition movement have set the course for a greater use of bio-fuel in Europe and the USA. There was a broad consensus that bioethanol and Biodiesel are useful in overcoming several social challenges:

Then the disappointment came and we had to experience again that the world is more complex and unpredictable than we often like. You cannot predict the developments and effects of a highly acclaimed and therefore rapidly growing industry on the rice board! To put it cautiously, this has led to the fact that in practice not all high hopes for the savior biosprit have been fulfilled. On the contrary, it suddenly came to light that every technology also has a dark side.

Some experiences in recent years have changed the perception of the sustainability of bio fuel. More specifically, the developments outlined below have covered the industry like a hurricane and sustained embossed. 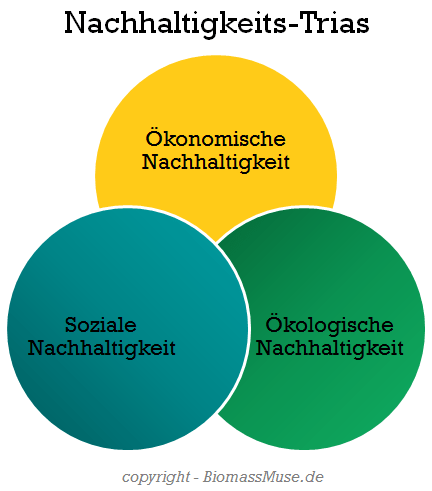 1. The social sustainability of bio fuel

The explosion in food prices and the resulting food crisis in 2007-2008 (Africa, Southeast Asia, Mexico) shook the foundation of renewable fuels for the first time. In addition to other causes (agricultural speculation, increasing meat consumption, Droughts etc.), the biofuels were identified as the main responsible for the rise in food prices and the associated hunger catastrophe.

Today, after a few years Time for studies Biofuel will get away much better through new contexts of global food prices in general and a thorough analysis of the tortilla crisis in particular. The first very emotional reaction was supplemented by rational facts. In my opinion, most experts today agree that the cultivation of maize for conversion to bioethanol has an impact on the development of local agricultural commodity prices. However, the impact of bio-fuel production on the development of world food prices is considered to be very limited. This assessment can be understood if one considers how small the share of bioethanol in global grain consumption is. It even fell again last year and is around 6 percent. 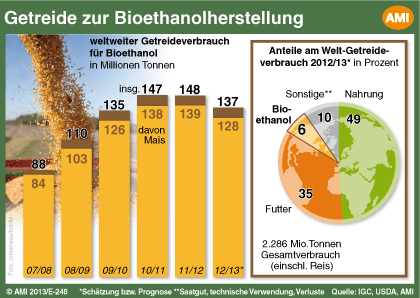 Nevertheless, the Tortilla crisis has taken its place in the collective unconscious as a tragedy and urges us to learn from the mistakes we have made.

In addition, the scenario that is currently being considered more strongly Biofuel also for overcoming hunger can make an important contribution. And the next generation of bio-fuel made from substrates such as algae, waste and cellulose also stands for the recognition of the social sustainability of bio-fuel.

2. The ecological sustainability of bio fuel

We now come to the second allegation against the sustainability of bio fuel: the lack of ecological sustainability. In the sustainability triad of the Enquete Commission of the German Bundestag that met in 1987 ("Provision to protect the earth's atmosphere") a reasonable balance of social, ecological and economic sustainability is recommended. Nature and environmental protection are important, but not the only items to be protected.

Back to the criticism of biofuels. Another setback for the bio-fuel industry was the shocking images that the increasingly industrialized palm oil production in Indonesia and sometimes in Malaysia brought with it. The rapid economic rise of both countries in Southeast Asia is close to that Cultivation of the most effective oil plant in the world bound. Jobs, education, infrastructure and many other pleasing achievements have been achieved in the wake of palm oil success. The states were accordingly not very careful when it came to protecting their valuable virgin forests. Only in passing should it be mentioned here fairly that Europe completely destroyed its primeval forests many decades ago. Here too, the reason was to focus on economic development and a higher standard of living.

Back to Southeast Asia. The fact is that around 5 percent of palm oil is also used for the production of biodiesel. There was strong criticism of the esterified bio-fuel (biodiesel) and this subsequently became a symbol for the deforestation of rainforests.

Here too, it is true that dealing with bio-fuel has a dark side. But biofuels are not alone, and certainly not the main, responsible for the destruction of valuable ecosystems. And one should take into account that this destructive side of the partial overexploitation of palm oil also has a very bright side, which is reflected in the economic development of Southeast Asia. That is why the palm oil conflict is primarily the consequence of a difficult need dilemma between ecological, social and economic sustainability.

Since the tragic experiences of the palm oil industry, we have become aware that the withdrawal of oil goes hand in hand with severe withdrawal phenomena. Still, I stick to that one Switch from petroleum to vegetable oil a necessary step is if we don't want to radically change our lifestyle. But even if we do nothing, our standard of living will change under the prevailing conditions (fossil resources are becoming scarcer and more expensive); and probably not in our favor!

This article runs under the headline "Bio fuel is becoming a role model for sustainability". So far, however, the focus has been on working through the dark sides of bio fuel. That these dark experiences of the bio-fuel industry ultimately helped to improve the sustainable use of the valuable substance biomass (development of Certification systems for sustainability) will be considered in more detail in the next article. For the sake of completeness, this article is supposed to deal with the last sustainability dimension of bio fuel.

3. The economic sustainability of bio fuel

Let us not pretend that anyone who builds an industrial plant for several hundred million euros must be able to at least pay his workforce with the income from the operation of the plant and ideally also want to make a profit. This is the same with biofuels as with any petroleum refinery that supplies us with the petroleum products that we consumers want every day. Without the possibility of financial gain, nobody takes the risks and invests in the complex and expensive construction of a biodiesel or Bioethanol plant. That is why every entrepreneurial action also needs a sustainably functioning business model. And it is precisely this economic sustainability that is needed, because of me investment security (see Verbio AG), is currently at great risk when building bio-fuel plants.

The use of bio-fuel is closely linked to the wish of society, especially drivers, to actively contribute to climate protection and the energy and raw materials transition. Bio fuel is currently the only alternative that enables a quick, affordable and comparatively gentle energy transition in the mobility sector. Electric Mobility, Car-sharing concepts or the complete abandonment of driving are further alternatives for the withdrawal of fossil raw materials. However, these alternatives are all significantly more expensive, still require a lot of development time, or impose major restrictions on drivers. All alternatives are important, but in my opinion, bio-fuel contributes to climate protection the fastest and most uncomplicated!

The players in the bio-fuel industry have also taken up this claim: that they are climate-neutral and thus a direct contribution to climate protection. Especially when growing classic (outdated?) Energy crops In the first generation, scientists have now found that the simple calculation that the plant absorbs as much CO2 for its growth as is released when the bio-fuel produced from it is burned does not work. Today one is more realistic and takes into account that the cultivation of energy crops and the refinement of agricultural raw materials also require process steps which have an additional energy requirement. Especially in a fossil fuel economy, this means further emissions from bio-fuel.

At this point, I would also like to remind you that the downstream production processes for the extraction, processing and transport of fossil raw materials also release additional emissions! So if you extend the emissions calculation to include the processing processes, you also have to do the same for the fossil fuels. And then the biofuels are in a much better position again. To my knowledge, this has not been the case so far. Only bio-fuel has to demonstrate its ecological footprint across the entire value chain in order to be used as bio-fuel in Europe. This unequal assessment of fossil and renewable fuels has been reflected in the complex model approach ILUC sharpened. The concept of indirect land use changes (ILUC) is very controversial and would have a greater impact on biofuels than all other fuels. Measuring with a double standard is a deep reason why the entry of bio-fuel into the fuel market is currently so slow. That is why the EU Commission has struggled so hard in recent years, one-sided ILUC factor for bio fuel introduce.

Without the clear promise that the carbon footprint of bio-fuel is for the most part significantly better than that of fossil fuels, alternative fuels will find it very difficult in the highly competitive fuel market. The economic success of Bioethanol & Co depends on whether they will be the only ones who have to meet high sustainability standards and whether European emissions trading (ETS) can be revived.

Biofuel: Released from the dock with high demands

All 3 target corridors for sustainability (ecological, social and economic) are mutually dependent. Sometimes they conflict with each other and sometimes they favor each other. Anyone who is criticized as sharply as the energy source bio-fuel and is practically forced to deal with the topic of sustainability at all levels, naturally learns a lot about the ideal of sustainability in this process. This is the reason why bio-fuel is currently advancing from the accused to a teacher of sustainability. The next article will report that there are already concrete examples of this exemplary function of the highly criticized bio-fuel.

Feedback on sustainability and bio-fuel are very welcome!

25 comments on “Those who are said dead live longer: bio-fuel is becoming a role model for sustainability”