Does the bioeconomy need science? Very critically and almost cynically, scientists are the part of our fellow citizens who play thought chess in an elite ivory tower far from reality, provide us with fears for the future and with their institutes and experiments annually around 4.5 billion euros (2011) in tax money (1.3% of the state budget) powder. I still remember the publication of the Bioenergy study by the Leopoldina in summer 2012. A study that reads like an arrogant and not at all objective billing with the biogenic energy sources. A one-sided and extreme Anti-bioenergy campaign with media impact, whose echo (acceptance problems) the industry is still struggling with today. One Bioenergy enthusiast it is difficult for this sustainable blow National Academy of Sciences to forgive. But every medal is known to always have two sides and the brightness of science generously compensates for the radiance of the dark. 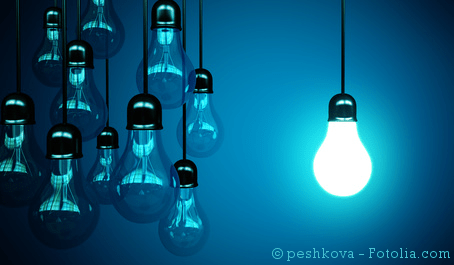 The bright side of science and research

Many researchers I have been able to get to know endure the balancing act of their guild with composure or even dignity. Just like the most passionate among the bioenergy players. The disciplined work in the research laboratory or technical center of a scientific institute is (unfortunately) not only unlimited joy, but often patient work in the service of science. Perhaps the attraction for science and research can be cited by Justus von Liebig, Founder of organic chemistry (radical theory, Liebig's minimum law), can be modeled somewhat.

“Science actually only starts to become interesting where it ends.” - Justus von Liebig

... and the humble way to the edge of a science or scientific method is often long and rocky.

If you like, many scientists take on the victim of routine and sometimes frustrating research (laboratory work!) In order to be able to better describe our environment, to identify dangers at an early stage or to prepare application-oriented solutions for social problems.

Juggling theories and terms like in a language that is only understood in a sparsely populated country far from everyday life requires personal sacrifice. Despite all criticism of science, I have great respect for everyone who dedicates his life to science. And let's not forget that 400 years ago, scientists could even be burned at the stake if they closed inspiring theories have set up. One of the best known examples is the tragic one Fate of the scientist Giordano Bruno.

Benoît Mandelbrot, mathematician and modern natural philosopher, has in addition to his Discovery and description of the fractals also said something inspiring about science. A quote that sums up the essential importance of science for everyday life.

"The goal of science has always been to reduce the complexity of the world to simple rules."

In my eyes we are all too Scientist and Artist. In different disciplines, and not always as a defining characteristic, but we all bring curiosity and creativity as important prerequisites.

At this point, the small laudatory speech on science comes to an end and we turn to research on the bioeconomy in Germany (phew, I thought he never got to the point). 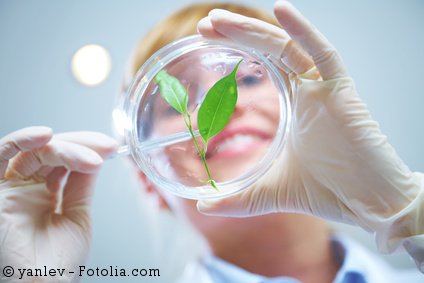 Science and research on the bioeconomy in Germany and Europe

Im Lisbon Treaty which was signed in 2007 and came into force at the end of 2009, the signatory states have committed themselves to spending at least 2020 percent of their GDP on research and development (R&D) by 3. The aim of this measure is Make Europe the most competitive and dynamic knowledge-based economy in the world.

In Germany we can chill the sparkling wine, because we already have 2011 2.9 percent of GDP for research and development invests and are on the verge of meeting the 2020 target. According to information provided by the BMBF for 2011, the federal government, states, municipalities, business and private households have spent a total of 245 billion euros on the related topics of education and research. An increase of 31 billion euros compared to expenditure in 2008.

The growing one also benefits from this positive development Branch of the bioeconomy.

Already in the article about the Policy on bioeconomy in Germany was published as one of the four political acts National Research Strategy Bioeconomy 2030 presented. The funds made available illustrate the importance that is attached to the bioeconomy. The lion's share of state funding for the bioeconomy up to 2016, namely 1.6 billion euros (out of 2.4 billion euros), flows into research projects on the bio-based economy.

Funding programs for research into the bioeconomy

The project sponsor Jülich (PtJ) is responsible for the distribution of the funds Programs to promote research and science for the bioeconomy supervised. Here is an overview of various funding initiatives:

The programs promote both basic research and application-oriented research on the bioeconomy. 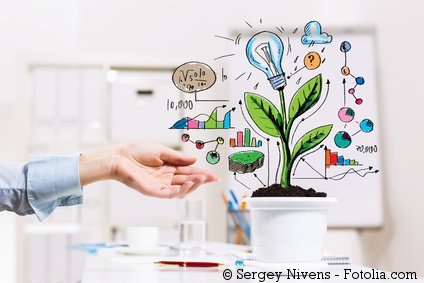 Scientific institutes where research into the bioeconomy takes place

Let's take a look at the scientific players who are already researching the bioeconomy. Which institutes and universities advance research and science on the bio-based circular economy in Germany and are therefore committed to the success of the energy and raw materials transition?

The two most important actors for me are the German Biomass Research Center (DBFZ) and the University of Hohenheim. Both have been committed to researching the for many years Bioenergy which is one of the major areas of the bioeconomy.

Einer der four main research areas of the DBFZ is the development of concepts for Biorefineries. This focus of the research center for the industrial use of biomass is divided into five working groups:

Here, too, the focus of application is on the provision of fuels and thus on the energetic use of biomass. I will go into more detail about the top cluster “BioEconomy”, which is located in Central Germany and to which the DBFZ also belongs, in an upcoming article about the economic players in the bioeconomy.

The University of Hohenheim received a grant from the German Academic Exchange Service (DAAD) at the beginning of the year to establish an international network for scientists working in the bioeconomy. On the Website of the University of Hohenheim it can be read that “the university wants to bundle its competencies in a new interdisciplinary research focus bio-economy and become one of the world's leading universities in this field”. To this end, Hohenheim works with partner universities in Brazil, Denmark, Canada and Mexico. With the establishment of an international network, one of the points of the Political strategy bioeconomy implemented (field of action C Education and teaching), which was adopted in summer (July 2013).

Also on the European Biomass Conference 2013 the bioeconomy was at the center of the debate and the main topic in Copenhagen is Building a bio-based society.

The bio-based circular economy is still at the beginning of its career in terms of its daily use. The fossil raw materials petroleum and natural gas dominate our economy by far and their use has been continuously expanded and optimized in the past century. Due to the finite nature of fossil raw materials and the increasing demand for them, the 21st century requires a rethinking of society and the search for alternatives. The valuable substance Biomass as a raw material for the bioeconomy supports the difficult Withdrawal from petroleum. A bio-based economy allows the same flexibility as a fossil fuel company, but adds the characteristics renewable, globally available and biodegradable.

Science and research are the most important tools to build on the success of the fossil fuel economy and to overcome its conflicts of use with the help of a bio-based circular economy. I am looking forward to the concepts and technologies that will surprise us in the coming years!

If you are an employee, student or doctoral candidate at a research institute or chair that focuses on the bioeconomy, please briefly present the focus of your research work in a comment! The world of the bioeconomy is so diverse that there are numerous scientific actors who could not be discussed in this article.