In addition to easing the dependency on fossil oil, the contribution to climate protection is one of the most important reasons why states rely on the use of biofuels. Precisely because of their climate footprint, however, the first generation of Biodiesel and bioethanol also in criticism. According to some studies (e.g. the IFPRI study), the carbon footprint of biofuels should not be as carbon neutral as initially thought. The critics see the lack of consideration of indirect land use changes (ILUC) a major weakness in the Assessment of biofuels. The ILUC topic, however, is very complex and unfortunately also hides many points that affect indirect land use changes from fossil fuels.

Graph on the carbon footprint and GHG emissions of biofuels

The following graphic shows an overview of the climate footprints and GHG emissions that are estimated for the various types of biofuels. The cultivation, transport and processing of the biofuels are taken into account when calculating the carbon footprint. The graphic also shows the required GHG savings that biofuels in Europe must meet by 2017 and 2018 so that they can be billed under the “biofuel” label. 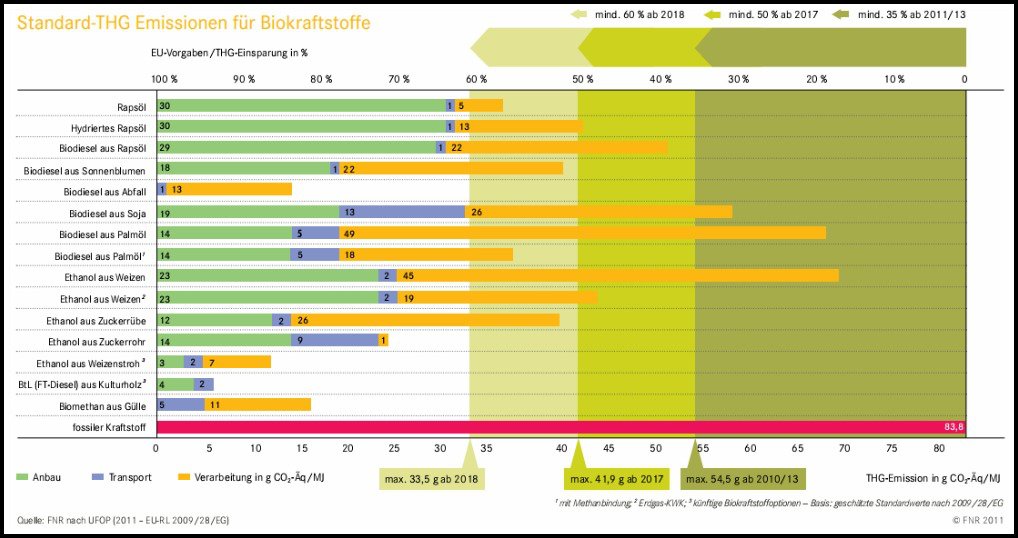