The import and sale of technologies from China in Germany is an increasingly existential concern for local manufacturers of solar systems. The photovoltaic modules are often heavily subsidized by the Chinese government and can therefore still cost less to manufacture (Dumping) are sold in Europe. For the European manufacturers, this means a price competition that cannot be won. There are also conflicts in the import of goods in the bioenergy sector. However, the trade conflicts here are not based on the import of technologies, but in accordance with the nature of bioenergy in the import of agricultural raw materials (biomass) or manufacture bioenergy sources (Biodiesel and  bioethanol). A decision by the EU Commission on May 27 to introduce anti-dumping duties on biodiesel imports from Argentina and Indonesia into the EU (see Regulation No. 490/2013) is the European response to this international trade conflict. 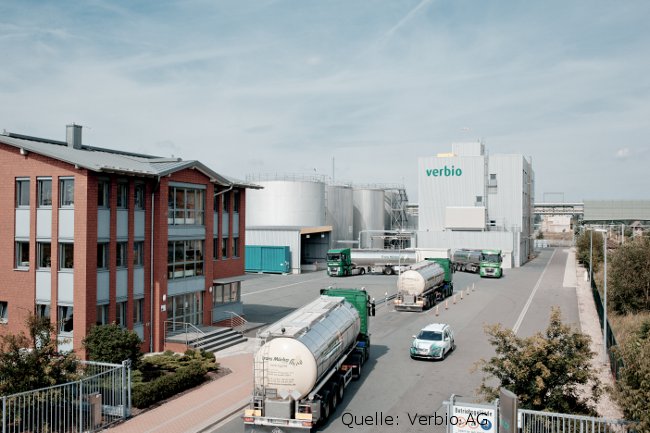 They have been since 2008 Growth rates for biodiesel produced in Europe fell steadily and in 2011 less biodiesel was produced in Europe for the first time than in the previous year. For one, this development is critical Debate on agrofuels attributed, which as a result to the Palm oil production in Malaysia and Indonesia, as well as the Rise in global food prices (Tortillia crisis 2007). Another damper was the discussion about the Introduction of an ILUC factor arose. On the other hand, the decline in European biofuel production is simply due to the sharp increase in imports of bioethanol from maize (USA) or biodiesel from Argentina (soy) and Indonesia (palm oil) to Europe. The sudden Oversupply of biofuels at the same time falling demand the driver (consumer) has plunged European biofuel manufacturers into a deep crisis.

The European biofuel plants have only been launched in the past decade for high investments. A reaction to the initial biofuel euphoria in society and the use of large sums of taxpayer money to build up the local industry. Jobs and structural developments in the transport sector were the fruits of this far-sighted initiative to detach from oil and the first measures for climate protection in the transport sector.

Who can you blame for the fact that countries that have significantly better biomass growth rates than most European countries are naturally interested in participating in this growth market? At least European end users will not be bothered much by where their biofuel comes from, as long as it is obtained sustainably and is cheaper than fossil fuel. In a free market, the customer is king and decides which product to choose.

The promise of bioenergy is at risk

As a bioenergy enthusiast, I see the importance of the origin of the biofuels somewhat more critically. Bioenergy started once to counter the high dependence on petroleum products with a domestic alternative. The benefits for climate protection that could be expected from the use of bio-fuel were added later.

You don't have to be a great idealist to realize that the great potential of biofuels for a society also lies in the fact that bioenergy sources are produced in the country in which they are used. Only in this way can bioenergy increase regional added value, reduce dependence on energy imports, close close material cycles and guarantee a contribution to climate protection (short transport routes!).

International trade in biofuels is an obvious solution when it comes to supplying large quantities of inexpensive biodiesel and bioethanol. One considered from a social, ecological and economic point of view sustainable But it is not necessarily a solution. 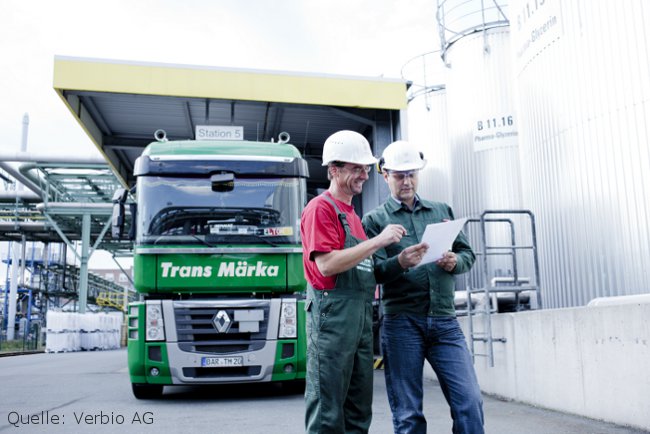 I am excited to see what the industry (manufacturers, associations) has to say about the introduction of anti-dumping duties for biodiesel imports. The European biofuels industry should at least have some air to catch their breath! However, the anti-dumping duty does not resolve the underlying conflict that biofuels can also be produced in other parts of the world and then sold in Europe.

On August 29, 2012, the EU Commission published a notice to initiate an anti-dumping proceeding against imports of biodiesel originating in Argentina and Indonesia and initiated a separate investigation.

VERBIO Vereinigte BioEnergie AG regards the survey of protective tariffs on biodiesel from Argentina and Indonesia, which became public on May 28, 2013, as a positive signal for fair competition in Europe.

"The investigation by the EU Commission has shown that the imports are illegal dumping. The prices offered were clearly below the market prices and thus distorted competition. "

The EU Commission announced yesterday that Regulation (EU) No. 490/2013 has provisional anti-dumping duties of up to EUR 105 per tonne or 10,6 percent for imports of biodiesel from Argentina and up to 9,6 percent for certain imports from Indonesia are initially imposed for a period of six months. These are provisional anti-dumping duties for pure biodiesel and biodiesel in mixtures; pure vegetable oils are not affected. The provisional regulation does not initially apply retrospectively. A possible retroactive application of the anti-dumping measures can, however, become binding with the final regulation.

"The decision of the EU Commission is an important step to counter unfair trade practices, even though the economic damage is much greater."

The impact on European biodiesel producers had reached existential proportions in the past months. Since the obligation to register all imports of biodiesel from Argentina and Indonesia, imposed on January 29, 2013, this situation has eased somewhat and led to a slight recovery on the biofuel market.

The Federal Ministry of Finance is currently examining whether and to what extent biodiesel quantities originating in Argentina and Indonesia, which were placed on the market in Germany in the quota year 2013 or are still being placed on the market, on the basis of the Federal Immission Control Act (Section 37b sentence 10 alt. 1 BImSchG) are to be excluded from the inclusion on the fulfillment of the quota obligation in 2013. The decisive factor here will be the final result of the investigations into the currently pending anti-dumping and anti-subsidy proceedings by the EU Commission, which are expected at the end of 2013. Under German law, biofuels that have previously received other direct state funding in Germany or abroad may not count towards the fulfillment of the German biofuel quota.