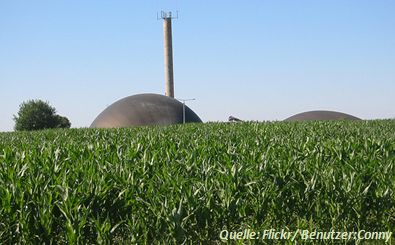 The amendment to the Renewable Energy Act at the beginning of 2012 is getting closer and the possible changes are being discussed more in public. The funding structures and funding rates for the energy sources biogas and biomethane are also considered in this context and compared with the experiences made in previous years. The aim is to find and fix measures that improve the situation of gaseous bioenergy sources. What approaches to optimization are there?

Without investments in the bioenergy infrastructure, there would be no comprehensive realization of its potential

I am a passionate supporter of regenerative energies. But let 's not fool ourselves without appropriate subsidies and Feed-in tariffs according to the EEG would the bio, solar energy & Co. not be so successful and could not keep up with the still existing price advantages of fossil fuels - at least not on a large scale.

The increase in the price of electricity, due to the further increase in the EEG surcharge, from € 8 billion to € 13 billion annually since the beginning of 2011, is therefore viewed critically and the reduction of various bonuses is discussed.

But since the development of the fossil energy industry, based on coal, crude oil, natural gas or uranium, has only reached such a low level of costs due to decades of financial subsidies, I believe we need the appropriate willingness to invest and patience with renewable energies as well. A critical reflection on existing funding elements does not stand in the way of promoting renewable energies - quite the opposite.

The representatives of the bioenergy and solar industries are largely aware of their responsibility with regard to price developments and the associated risk of damage to the image of the regenerative energy industry and discuss very openly about possible measures to improve the Funding situation for their energy sources and technologies. Only a meaningful and targeted funding policy supports the sustainable development of the bioenergy infrastructure.

An event advertised by the BMELV and organized by the Renewable Resources Agency (FNR) "Bioenergy's claim to the EEG amendment" (LINK) takes place on February 17th in Berlin. This will be used to discuss possible changes in a well-rounded group.

What criticisms and ideas for adaptation are there so far? 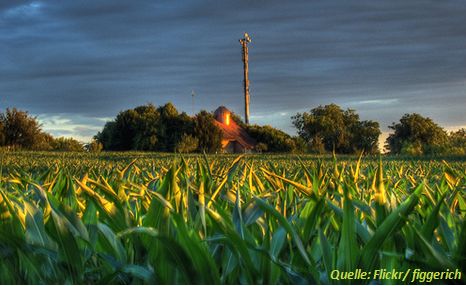 The development of the biogas industry in the past year can be seen as very positive. It was one of the most successful years in the history of biogas technology in Germany, especially with regard to the construction of new biogas plants. With around 6.000 plants implemented, there are currently no other countries with more biogas plants than in Germany. In order for this positive trend to continue and for negative side effects to be addressed, further adjustments are necessary.

In particular, the locations for new plants and the input materials used to feed the biogas plants are also viewed critically. Corrections of undesirable developments should be made, for example, by changing the bonuses in the coming Amendment to the EEG be initiated. In addition to the changes in the EEG, other measures are also proposed or requested by the Biogas Association, a Lower Saxony Federal Council initiative, the Advisory Council on the Environment (SRU) or the Biogas Council. Here is a selection of proposed changes:

The list shows different starting points, with the perspectives of the more agricultural association (small plants) and the more industrially oriented biogas council (large plants) likely to enrich the discussions.

It should be noted that the total amount of funding for biogas should not be reduced, but above all should be used or distributed more effectively. An early amendment to the EEG, such as will partially apply to the solar industry, is unlikely to exist for the biogas industry.

Strengthening the biomethane market through more open technology in the EEWärmeG

The market for Biomethane has a need for development. The federal government's targets for the feed quantity of 6 billion m annually3 Biomethane / bio natural gas by 2020 and 10 billion m3 by 2030 are clearly worded. However, the current status of the biomethane feed-in volume still lags behind this goal. There are various reasons for these obstacles and there are already corresponding solutions (see increase in biomethane feed).

One measure currently being discussed to improve the framework conditions for bio natural gas is to increase its use in new buildings. So far, the use of the Renewable Energy Heat Act (EEWärmeG) has only been promoted if the bio natural gas is used in plants with integrated combined heat and power (CHP). The sales market for biomethane and thus probably also the incentive to install a biogas upgrading plant could be further improved if the EEWärmeG would allow more openness to technology at this point.

Michael Kauch, member of the Bundestag Committee for the Environment, Nature Conservation and Nuclear Safety and environmental policy spokesman for the FDP parliamentary group, criticizes that the use of biomethane in efficient condensing boilers is currently excluded in the EEWärmeG. In addition, the framework conditions in the draft law of the "European Law Adaptation Act Renewable Energies (EAG-EE)" should be designed fairly from the start. Above all, this would also mean the use of biomethane in condensing boilers in an existing building without additional requirements for the building envelope (thermal insulation!).

A special Advantage of bioenergy is known for its wide range of applications due to the possibility of using it as electricity, heat or fuel.

In addition to the energetic conversion of bio natural gas in combined heat and power plants or condensing boilers, the use of biomethane should also cost-effective Biofuels are strengthened and thus a large sales market is gained.

The prerequisite for this use is, of course, that sufficient biomethane is produced and fed into the natural gas network and that the infrastructure of natural gas filling stations is available nationwide. The CO2- The lowest-emission fossil fuel based on carbon is natural gas. The combination of natural gas and biomethane further improves the carbon dioxide balance of the fuel.

I hope that the actors involved in the biogas and biomethane market can combine their various suggestions for improvement and, with a united voice, ensure that the upcoming legislative changes make the industry even stronger and more environmentally friendly.