Thank you to Peter Salomon for the insight into the algae cultivation at TH Wildau. In a previous article, Mr. Salomon already said about Algae energy written.

Starting from that Lecture by Prof. Wildenauer (TH Wildau) on April 11.04.2013th, 14.06.2013 on the "algae problem", after the excursion to the Senftenberg pilot plant on June XNUMXth, XNUMX, a tour of the research facility for algae cultivation at the TH Wildau was due. The Algae research in Berlin-Brandenburg is traditionally well developed and the tour of the facilities at the TH Wildau took place on May 24.05.2013, XNUMX on the occasion of the open house. Here is a small idea of ​​the system.

Algae research at the TH Wildau

The tour of the existing algae plant took place together with its presentation by Prof. Wildenauer. The algae cultivation facility in operation at the TH Wildau is a pure research project for the research of profitable and therefore economical Possible applications of algae cultivation. Wildau is less about algal energy (Algae biofuels | Biogas from algae | Biomethane from algae), but about economically interesting applications of algae for the food and feed industries. For example, a large application potential is expected from concentrate feed replacement in cattle and fish farming. 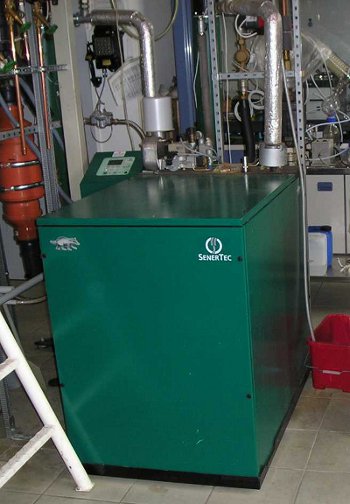 Algae cultivation in a bioreactor

In the beginning, a vertical algae plant was used in Wildau. The flow of algae liquid with CO2-containing exhaust gases from a CHP (application example: Algae cultivation in Senftenberg) was made in the vertical direction using special plastic pipes. A major problem is the “growth” of the algae on the inner walls of the tube, so that regular cleaning is also necessary with this system in order not to impair the light. 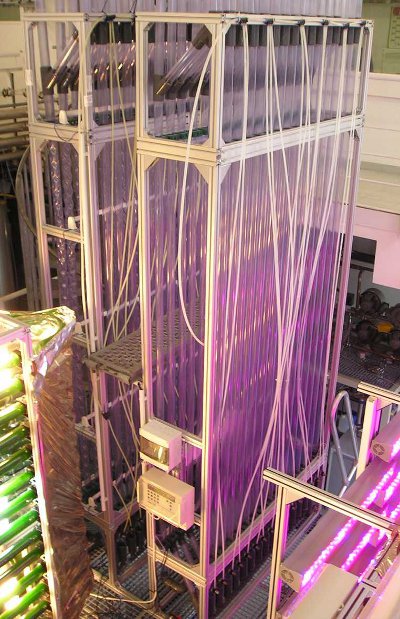 Alternatively, however, a horizontal algae plant is currently being tested, with which obviously better results are achieved. The different color of the reactor tubes results, among other things, from the use of different types of algae. Since these are only laboratory tests, the necessary light irradiation is also realized by artificial lighting of various types. 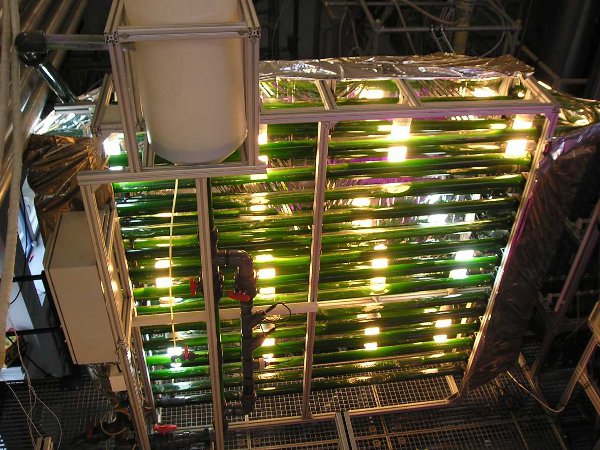 In order to be able to push the exhaust gases from the CHP through the otherwise standing water column of about 2m, a suitable compressor is required, as with the Senftenberg system. Comprehensive chemical-physical plant equipment is required for the subsequent processing of the harvested algae biomass to the desired yield products. A first impression of the complexity of process engineering for algae cultivation can be found in the following photo gallery (for the next photo please click the current one).

In summary, it can be stated that the TH Wildau has accumulated considerable knowledge potential regarding the use of algae for many possible purposes and that one is also on the best way to get economical procedures in the short term.

The personal meeting with Prof. Wildenauer was very informative and was also taken as an opportunity to hand over a promotional information flyer regarding our own project "Bioreactor", along with the request for notice boards, if necessary, for other interested parties from the TH Wildau area to be able to win this project. If you are interested in working together on the bioreactor project, I look forward to hearing from you.

Here you can read the article on Algae cultivation and algae research at the TH Wildau save or print as PDF.

4 comments on “Algae cultivation: Presentation of algae research at the TH Wildau”